When Astrid from Ylva sent me a message on Facebook in early 2015, I thought what the actual fuck? She has to be joking, right? Blurred Lines was just fanfic even though I put all my blood, sweat and tears into it the two years or so it took me to write it. Her tongue was so honeyed that I had stars in my eyes by the time I signed a contract for it. Then, I was well on my way sharing my writing with the world at large.

It was fucking awesome.

Yet, one thing never occurred to me. It never hit me that I could make my main characters look like me. I never even considered it. I, myself, had never seen this, but keep in mind I come from fanfic I didn’t read that much published writing. I never saw a black woman on a cover and my thoughts were white sells that’s why. I want to sell too so I have to follow everyone else’s lead.

Are you sitting down for this? You should. I even went as far as to describe people from part of my culture the way many, many authors have done in the past. The black men in Blurred Lines were caramel and toffee. 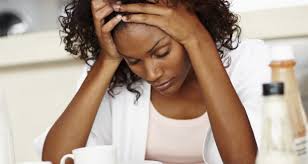 I was guilty. Guilty. GUILTY.

Yeah, I did that. My ignorance wasn’t really an excuse so I educated myself on what was right, on what was representative of my race and culture, and I haven’t looked back since. Now, I write what I know. I base my black characters on what I’ve experienced in various environments. I’m also in an interracial relationship and have been for 13 years as of a few days ago. That is part of my experience as well which can be seen in Between the Lines, Pink, and in my upcoming book, Drawing the Line too.

I’ll write what I know. Plain and simple. (Yes, I’m still not a romantic. Explain that!)

I don’t pen interracial couples because it’s more accepted to have at least one white woman on the cover. I don’t do it because readers say they want diversity but at times they really don’t mean it but read it anyway due to the fact that they have at least one person in their purview they can identify with. I have gotten emails being accused of this. Those all went into the trash with no response from me.

Here’s what it boils down to. Brown people from my race/culture and many others, it is okay to just be that. Not caramel or toffee. While brown may sound drab to a writer, it’s the personality you infuse into your characters that make them multi-faceted. After all, when I look in the mirror I look past my skin tone to see deeper.

Isn’t that the point?