Given my most recent blog, I think all of you understand that I am passionate about letting writers write what the hell they want to write. I also think it is a fact that Andi Marquette is my partner in fucking crime.

Yet again, we were having a discussion about swearing in lesfic and GCLS came up. There is panel on profanity. It is entitled, Profanity, Vulgarities and Obscenities, Oh My!

Initially, this was the description of the panel.

A discussion of the growing and often unnecessary use of profanity in lesbian fiction. Do readers deserve a more intelligent vocabulary? How can non-objectionable words and phrases work to an author’s advantage? How much is too much? Is the shock value muted when swearing is over used? When is a carefully placed obscenity absolutely necessary?

I’ll give you a second to read and digest.

Okay, at first it reads as if the panel is condemning swearing in lesfic and really denigrating those who use it. This interpretation led to a post of Facebook via Andi Marquette’s FB page as well as on The Lesbian Talk Show Chatgroup. Feel free to browse and add your own commentary.

Anyway, some people did get pissy because of the response to the post and that’s fine. Shit happens. Then, a lot of writers in lesfic joined in to lend their voices and it was GLORIOUS!

The description of the panel has been changed to reflect its real intent which is to debate about the use of profanity in lesfic regarding those for and against, including a discussion about the possible need of warnings on books for potentially triggering content, excessive language, explicit sex, etc. The entire discussion brought up some very interesting points.

There was one that stood out to me the most.

You get my drift.

We’ve been told to do and not do a lot of fucking things.

Haven’t we been policed enough?

Here is the problem. As a part of the queer community why would you try to censor or police others of the same community? Better yet, why would women want to censor other women?

I’m not making any of this up. As I stipulated in my last blog, the reviews I’ve gotten on the Cops and Docs series contain complaints and questions about the language. I got a lot of… this would have been a great book if Kelli didn’t curse so much.

I don’t understand how this book is a best seller with all the cursing.

This would have been a good book if the author had used more refined language.

This was a good book and I can tell you’re black because you used so many curse words.

Yeah, somebody actually said that.

She really, really did.

For me, it all goes back to one thing, socialization. As women, it has been hammered in our heads for fucking centuries that we are supposed to act a certain way and speak a certain way. Unfortunately, some women actually believe it. Now, there is nothing wrong with any of that. Let everybody be I say, but when you try to push that belief off on others and tell them they are less than because of it. 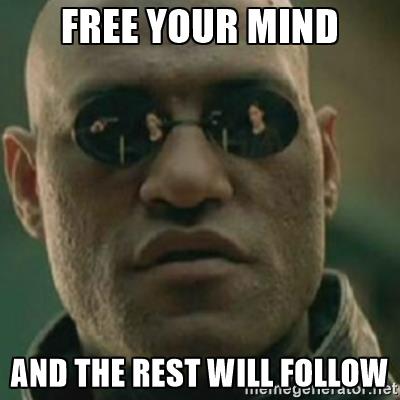 There is no fucking spoon!

And lesbians doing it to other lesbians? It’s tantamount to shooting yourself in the foot, especially in this political climate. When it comes down to it, we are stronger as a community when we’re not ripping into each other. Let’s be empowered by the freedoms we do have while we have them. Every single one, even the small things.

What I’m saying may seem inconsequential or trite to some.

Yet, it all boils down to this: sanitized lesbian romance and lesbian fiction is okay.

Guess what? So is everything else.