Well, here we are again! 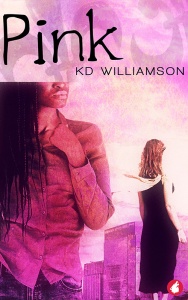 I have a novella, Pink, coming out on October 18th, available on the Ylva Publishing. The wide release will be on November 1st, meaning Amazon and so on. In the meantime, I’d like to give three people a chance to will Pink for free.

To refresh your memory here is a synopsis for Pink:

Fresh out of a relationship, Shawnna Green is heartbroken, lost, and almost penniless. She decides to start over in New Orleans to find a new sense of self, despite her ex hampering her progress. With the help of her best friend, Veda, she finds employment at Stumpy’s Sex Emporium where she deals with customers that range from the strange to the hilarious.

At the same time, Shawnna discovers that women, sex, and dating, are not what they used to be, but neither is she. In finding herself, she uncovers a part she didn’t know existed, and that’s not always a good thing.

Can Shawnna pick herself up, reach out, and connect with the people around her?

A smoldering look at the things we hide from ourselves.

Despite what I’m know for, I’d like to reiterate that this isn’t a romance, but it’s full of humor, angst, personal and sexual discovery as well as many other things that I think will stay with you.

The contest officially starts on September 30th and runs until October 25th which will give people plenty of time to enter. The criteria to enter is simple and is explained here:

One thought on “Pink eBook Giveaway”